A lack of healthy relationship with my parents only made things harder. My 20s were dramatic. I was a young woman suffering from bipolar disorder and with another two psychiatric diagnoses. I didn’t have much hope left. In the most challenging period of my life – when I was still in my hometown Grudziądz (Poland), during my graduation class and when I was going to go to university – I experienced a most profound depression and dreadful suicidal thoughts. 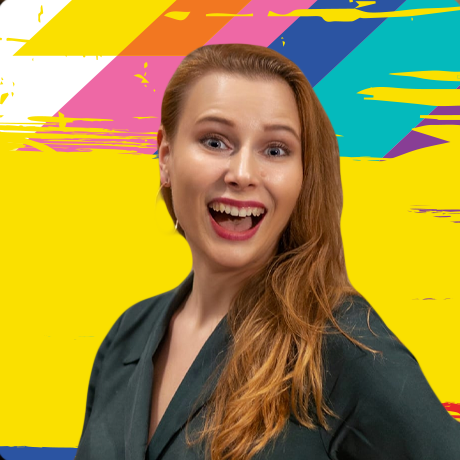 I was no stranger to this, as these feelings had accompanied me since childhood. However, at this stage, they had become unbearable! At that time, a wonderful and brave psychotherapist played a big role in my life. She used to say to me during our sessions “I feel deep in my heart that you are not a lesbian, you are struggling with deep and complicated identity problems, I do not deny that you feel same-sex attraction – but I believe that one day you will be a happy wife and mother.”

I knew she was not judging me, or trying to convince me of anything, the compassion she had shown was simply undeniable. Thanks to this, the truth about me was sown like a fertile seed in the soil of my heart for two years and after a while, it produced good fruit.

Since then, I also knew that same-sex attraction was the result of many factors from the past: lack of a father figure, fearing him, lack of a healthy relationship with my mother, a strong need to protect my mother, addiction to pornography. It was one of the key moments because she gave me hope that change is possible.

“Today I am free from unwanted same-sex attraction.”

Even though both my family and society accepted me as a lesbian and was supportive of my choices – deep inside I was unhappy realising that I don’t want to live such life. Hearing the Biblical Truth about God’s unconditional love for me was a massive turning point. I encountered the living Jesus Christ: I invited Him into my heart, I got saved and experienced the overwhelming love of God that changed me from the inside out, through the power of the cross!

Through God’s abundant grace I found help, support and love at church. Not only did I receive Pastoral support in Church of Glory, Warsaw (Poland), but also my sexuality was transformed. I have experienced supernatural healing and a lot of miracles in my new life. I started a journey of growing and maturing in faith, becoming a singer and worshipper, promoting biblical and ethical values.

Today I am free from unwanted same-sex attraction. I’m living a life of victory in my Savior Jesus Christ. I am passionate about reaching out to the local communities and beyond, educating others regarding homosexuality and sharing the simple Gospel Message. As a heterosexual woman I look forward to getting married and have children!

Remember! Change is possible! I am living proof :)