Luis Javier Ruiz was born in Germany at an Army hospital. Luis travelled with his family in Europe and throughout the U.S. while his father served in the Military. Afterwards, when Luis was in 9th grade his father became an ordained pastor. At the beginning of his father’s pastoral career, he did not have a church so he stared one in their home where he pastored for several years. Luis recalls every Sunday the family moved the living furniture around to make room for folding chairs to have their Church services. Luis also has had his own ministry, he set up a youth centre in the garage and he taught the youth group kids. 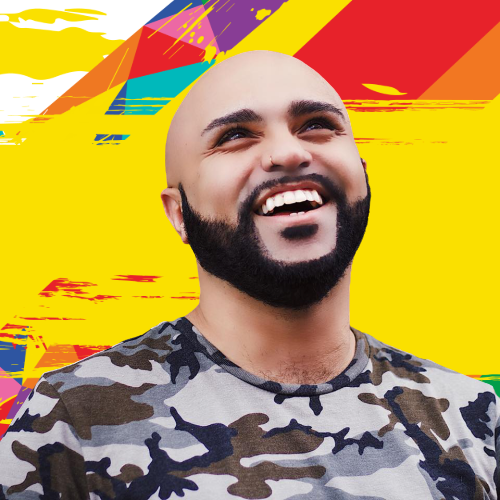 It was so successful that the numbers outgrew the church itself. This caught the attention of the regional pastor of the Church of God who saw a fire burning inside him and prophesied that God was going to use him in a big way. The pastor asked Luis if he would be interested in running for president as an overseer of the youth ministry in 5 districts. Luis was surprised that the pastor entrusted him because he was only 16, but he did not shy away from taking on the task. He ran against much more qualified, educated, and older contenders but after giving his speech he received a standing ovation and received all the votes and won.

Later as he moved into adulthood, Luis never forgot his love for the Army. Therefore, following his father’s footsteps, he enlisted in the United States Army and served his country for 14 years. As a model soldier with an exemplary record of servanthood, he went on to receive multiple honours ranging from two campaign stars, a global war on terrorism award, Iraqi campaign medal, two overseas ribbon awards, combat badge, Army service ribbon and achievement medal, an expert marksmanship badge, non-commissioned officer, professional development, and received an Army lapel button, combat badge, and Army service badge. Specialising in human resources he served as transportation specialist as an Army combat veteran and was deployed to Iraq and Afghanistan where he was part of Operation Iraqi Freedom.

Life was not always as perfect as it appeared, Luis kept a secret that he struggled with same-sex attraction from age 10 when a man introduced him to pornography and sexual experimentation. He also struggled with relationship issues. He recalls falling in love with a girl in high school who ended up breaking his heart and humiliated him so deeply that he vowed to never let a girl ever hurt him again.

He kept the same-sex attraction a secret from his family fearing disapproval from his parents. The deeper

he indulged in same-sex attraction he was convinced he was meant to be gay, but God continued to work on Luis’s heart. Eventually, he walked away from the LGBTQ lifestyle even though he still struggled with temptations.

In June of 2016, Luis was invited to meet up with friends at the Orlando Pulse Nightclub. He hesitated to go because of the dream his mother had weeks prior where she saw his friends covered in blood and scattered on the ground. That night after hearing “last call for alcohol” a gunman Omar Matten entered the building through a back entrance and open fired killing 49 people and injuring many others including all his friends except Angel Colon. Luis managed to escape the building after being trampled on, he exited a small door where people were fleeing for safety. Luis recalls calling his mother to say he was sorry because he thought he was going to die, but his phone went dead. He escaped but many did not. While in the hospital he was then diagnosed with HIV. As devastating as that news was, he made it out alive!

That night God met him in a dark place but he delivered him out. The pastor’s prophetic word came true because today Luis is walking in his identity as a child of God. He had used this tragic event and turned it to Glorify God by reaching restoration, healing, and forgiveness to those coming out of the lifestyle. Just like when he was sixteen preaching out of the garage, he is now preaching the Good News to millions of people worldwide. Featured in an Amazon Prime documentary called “ Pulse, More Than a Victim,” regularly appears on national Christian TV stations and sought-after inspirational speaker who travelled to Thailand, Singapore, England, Washington D.C. and throughout the U.S. teaching pastors, legislators, senators that change is possible and fighting to ban dangerous bills that affects our Christian liberties.

Today, Luis and Angel Colon (also a survivor) founded Fearless Identity which is united with a global movement where thousands walk in freedom along with other like ministries which includes being a co-founder of the Freedom March. Thousands gather in major cities and march proclaiming the message change is possible and that freedom is found at the cross.

Eventually, he walked away from the LGBTQ lifestyle.