In my 6th form year, I went to a Christian camp for the first time and felt all the usual pain of not being confident in doing sport. Others saw this and it grieved me.  When I said goodbye to the speaker, he hugged me – probably the first time this had happened and was something that touched me deeply.  It was as though I realised that men after all did have feelings, could be gentle and were sometimes loving. This wasn’t a sexual thing at all.

That night alone, I know I met the living God in repentance – and “walked on water” for many months. But the day came when I had to admit that my homosexual feelings were still there – despite my conversion. So began a long walk towards the freedom I craved. 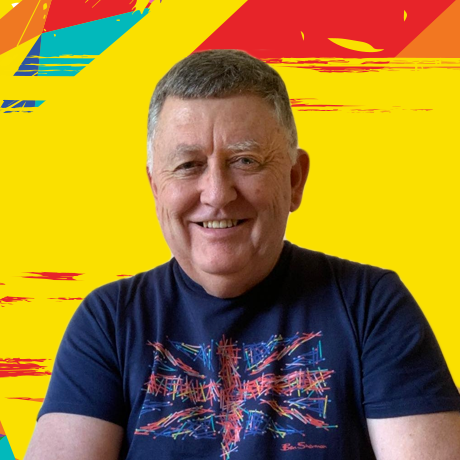 In my first year of Bible college a new teacher came who took an interest in me. I was 20. On my part a line was crossed. Painful emotional attachments had to be undone. Sometime after this I met and married Lynore and a few years later our children came.  Life in a bi-vocational pastoral ministry was full and demanding. I became a teacher-trainer and later entered the university sector. All the time there was a deep uncertainty about my sense of masculinity, a fantasy life that shamed me and a fear that I was drawn to the same sex. Until that is, I decided to do something about it.

After some foolishness, I knew I had choices to make, that my integrity was at stake and that if I didn’t get help, I probably would go in a direction that would permanently hurt both my family and myself.  I reached out to professional counsellors, and for three years worked through issues of emotional dependency and the damage that follows unhealthy friendships and misguided attempts to reconcile sexual confusion.

“I’ve dedicated myself to fighting for the recognition of ex-gay identity.”

Following a psychodrama session, I began to understand that I had been a “replacement child,” recognising that my father—following the death of his first-born son—was not emotionally connected with my upbringing.  For the first time I recognised that this wasn’t my doing; it wasn’t my fault. The death of the brother I never met was more painful than he could know and I recognised that he had been reluctant to invest the same emotional connection with me.

My mother had always told me my brother’s name was “John”, but before she died shared that it had been Michael.  It’s hard to explain just how that fact explained something crucial in our family dynamic. Freedom for me has been about honestly recognising how sexuality is shaped by patterning that follows the many choices we all make, whatever is beyond our control.  That’s why for me the rights and freedoms of individuals to leave unwanted sexual attractions, behaviours and feelings to have access to pastoral and professional help to find their own pathways, is paramount.  For that reason, I’ve dedicated myself to fighting for the recognition of ex-gay identity.

Mike Davidson is CEO of Core Issues Trust (CIT) and Chairman of the International Federation for Therapeutic and Counselling Choice (IFTCC).  X-Out-Loud is a CIT Project